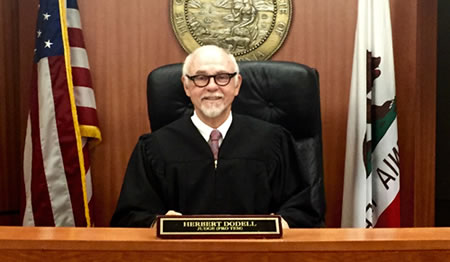 The purpose of the show is to help people navigate the legal system. It provides information as to how the legal system really works, from the inside and from the perspective of a long time trial lawyer (the trench) and Superior Court judge (the bench). It illustrates the principles with real cases and provides guidelines for people who are in the system or about to be involved in it, including small claims, restraining orders, landlord/tenant, criminal and general civil litigation. It provides the answers to such questions as "what do I do if...?" while including a spiritual approach as well.

Clips of Celebrity Interviews from For The People: For full interviews, click here.

Click on the player below to listen to the broadcast by date.

For the People - Monday January 3, 2022 - Guest is Sherrod Small, conspiracy, evidence, polarization, both sides, compromise, government, mandates, vaccine, civil war, insecurity, 14th Amendment, Haliburton, Chaney, Rumsfeld, test results, what we are being told, Kennedy and Gates, tracing devices, Wuhan, 1919, percentage of cases where there are side effects, NY, crowds, virus is real, booster, Antonio Brown, who is making the money, who is paying for it, alternatives, Fauci, AIDS research, masks and other mandates, Ivermectin, termination of tests.

For the People - Monday December 13, 2021 - Guest is Robert F. Kennedy, Jr., Fauci, Gates and Covid, purpose of show is to allow people to make choices after hearing both sides of issues, must listen, evidence, no speculation, what is evidence, mediation, dialogue, both sides, controversy, book, “The Real Anthony Fauci, Bill Gates, Big Pharma, and the Global War on Democracy and Public Health”, authorities in support of contentions, references, conspiracy, Bill Gates, Covid, reason for book, health issues, orchestration of deals with Big Pharma, totalitarianism, deals with Fauci, management, vaccines, clinical trials, not effective vaccine, suppression of other drugs, ivermectin and hydroxychloroquine, examples, Moderna, financial control, motive, Federal law re: emergency for temporary approval, ivermectin and no royalties, grants, use of powers, Gates, Fauci and Ferrara, 63% of medical research in the hands of the three, schools get money, Fauci enterprises, approvals, other diseases, pandemic, vaccine business, no liability, cannot sue, Vioxx, criminal conduct, does vaccine work, short studies, boosters, long term effect, other causes, heart attacks, results, myocarditis, kids, CDC, experts, who is on the Board, guy who died, Hank Aaron, no autopsy, why Dr’s recommend, pages 172-73 of book dealing with Fauci strategy, interests, Omicron variable, what can be done, militarization and monetizing, authorization and compliance.

For the People - Monday July 6, 2020 - Politics, guest Karyn Turk, just released from prison, elder abuse, seniors, dishonesty and corruption, working the system, it's a business, guardians, Probate court, the fight over the money and assets, conspiracy, nursing homes and care, guardianship obligations and reporting, isolation as a tool, conflict of interest, law firms, state regulations, courts, money made by guardians, fees, judges, the other side, storing bodies, monitoring. Next week's guest to refute.

For the People - Monday June 29, 2020 - Guest: Roger Stone, why he was convicted, what he would advise President Trump now, his appeal, concepts of law, deep state.

For the People - Monday June 15, 2020 - Cosby case, prior acts as evidence, insurance company practices, character evidence at trial, admissions and use as an exception to the hearsay rule, 5th Amendment, circumstantial evidence, Stormy Daniels and Cohen cases, efforts for “stay,” what it means, defamation, conspiracy elements, overt acts, arson and insurance fraud, Special Investigations Unit, comparison between civil and criminal cases, use of tactics, strategies, contempt, judge's reading or not, reversal of decisions by a judge, most frequent appeals.

For the People - Monday March 16, 2020 - Guest: Walter Jacobson, M.D., psychiatrist, coronavirus, physical and mental aspects of the pandemic, how to deal with both, effect on our emotional state of mind.

For the People - Monday February 10, 2020 - Voting, what if there had been a criminal case instead of impeachment, stonewalling, Bolton, burden of proof, Roger Stone, loyalty, sentencing, guidelines, pardons, admissibility of evidence, hearsay, discussion with Lainie Speiser, Roger Stone's publicist, term limits, relevance issue for the judge, Constitution, abuse of power, democrats' mistakes.

For the People - Monday January 27, 2020 - Impeachment not a trial, burden of proof, no trial if jury decides before proceedings begin, relevance, what if a criminal case, different burdens, this was political, allegations, requirement for a trial, how criminal cases are done, Bolton, obstruction, Bolton's book, calling witnesses, no chance of conviction, Dershowitz, history regarding obstruction and executive privilege, Obama used it, stonewalling, discovery, documents, assertion of legal right to oppose, smoking gun, notes, waiver, choice, jury issue, pressure on the Senate, self-interest, oath, Clinton trial, behind the scenes, McConnell, when privilege applies, precedent, privilege log, description, what was the purpose of the communication, in camera review, why not go to court for rulings, U.S. v. Nixon case, privilege yields to public interest, McGann case, Supreme Court, Chief Justice Roberts, due process, document request.